It’s a wise idea to be aware of the various conditions in D&D 5e that may afflict your character. These may come as a result of a spell, attack, special ability, trap, or some other effect.

This article is an overview of the various conditions in D&D 5e and how they work mechanically. If you would like to see some deeper dives into these conditions, let me know in the comments!

Conditions add extra depth and risk to combat. That giant centipede’s bite may not be as bad as you thought it would be, but the poison is something else entirely!

Clever adventurers take precautions against these conditions and aren’t scared to use them against enemies as well!

You’re going toe to toe with the leader of a gang of pesky bandits and it’s looking like you’re gaining the upper hand!

You get ready to swing your sword when suddenly… you can’t see anything! Their caster in the back line has cast the Blindness Deafness spell on you!

When you are blinded, you automatically fail any check which requires sight, but where the Blinded condition gets really nasty is its effect on attack rolls.

Attack rolls against you are made at advantage as you are unable to effectively defend against the enemy’s attacks. Meanwhile, your attack rolls are made at disadvantage.

It’s hard to fight something you can’t see!

Enamored by the delicate melody of the beautiful Elven woman before you, you lower your weapon and begin to walk towards her. The rest of your party, however, see you approaching the Harpy that plans to rip you limb from limb.

When charmed, you cannot attack your charmer or target them with harmful abilities or magical effects. Additionally, checks made to interact socially with charmed targets have advantage on their rolls.

Being deafened is a unique condition in its application.

As one might expect, the condition is simply that the Deafened character fails any ability check which requires hearing.

There is some utility in Deafening an enemy. For example, it could make sneaking past a guard far easier.

But there is no shortage of debate whether a caster who is Deafened is able to still cast spells that require verbal components.

Generally, I reason that the caster can still cast their spells if affected by this condition. They are practiced enough in their casting that deafness would not impede their ability to do so.

However, effects (both helpful and harmful) that would require the Deafened character to hear them have no effect. This means that the character doesn’t have to worry the enemy caster’s Suggestion spell, but they also can’t get buffs from abilities like Bardic Inspiration.

Exhaustion is a beast of a condition that is measured in six levels. When exhausted, you suffer the effects of your current exhaustion level and all of those below it.

Exhaustion is reduced by 1 level per long rest if you make sure to have plenty of food and drink.

Related: I cover all the ins and outs in my Exhaustion Explained article!

A character that is frightened is unable to move closer to the source of their fear.

Additionally, when in the line of sight of whatever is causing their fear, a character has disadvantage on ability checks and attack rolls.

This ability to stop characters from advancing while also inflicting penalties on their rolls can be especially vicious against heavy-hitters in the party who may have low Wisdom saves.

I don’t know if any conditions in D&D 5e are more commonly confused than the Grappled and Restrained conditions, but I can’t think of any one that is.

I’ll have to write a special article all about this in the future to really dig in, but let’s just focus on the basic for now.

When grappled, a character’s speed becomes 0 and they cannot gain any benefits from bonuses to their speed.

If the grappler is incapacitated or the character is able to be removed from the grappler’s reach, the condition ends.

You cannot take actions or reactions.

An invisible character or creature cannot be seen without the assistance of magic or a special sense.

When hiding, an invisible character is considered as heavily obscured.

Invisible characters get advantage on their attack rolls and attacks against them have disadvantage. This is especially nasty when under the effect of a Greater Invisibility spell as attacking does not end the effect!

Word to the wise, you might still be detected when invisible though!

Be mindful of noises that you make or tracks that you may leave. Additionally, you might be found by creatures that rely on their sense of smell or tremorsense if you aren’t careful!

When paralyzed a character can’t do anything.

The character is incapacitated and cannot move or speak. Plus, they automatically fail Strength and Dexterity saving throws on account of the whole “can’t do anything” thing.

A favored tactic of mythological creatures like Medusas and Basilisks, the Petrified condition can be a quick game-over for low-level or unprepared characters.

When petrified, you weight increases by 10x and you no longer age. You are incapacitated, can’t move or speak, and are unaware of your surroundings. Naturally, you fail all Strength and Dexterity saving throws.

When petrified, attack rolls against you have advantage, but you are resistant to all damage that you take.

Most creatures that attempt to petrify a character can’t do so in a single turn unless the character greatly fails their saving throw.

The spells that remove the Petrified condition are higher level and, thus, petrification is particularly terrifying for low-level adventurers! Unless the party is able to find someone who can cast something like Greater Restoration or Wish to save their ally.

One of the more common conditions that you will encounter is the Poisoned condition.

When poisoned, a creature has disadvantage on attack rolls and ability checks.

Many creatures that use poison deliver the poison with an attack. If the attack hits, the target must c commonly make a Constitution saving throw to avoid being poisoned.

This can be removed by a Protection from Poison spell or once the poison has run its course.

A prone creature has been knocked down to the ground.

When prone, you have disadvantage on attack rolls and your only movement option is to crawl unless you spend half of your movement speed to stand up.

Attacks from enemies within 5 feet of you are made at advantage.

However, you may choose to drop prone in some situations.

As we covered in our Ranged Combat article, ranged attacks against prone characters are made at disadvantage.

You can drop prone without using any of your movement. If you have to make your way through a volley of arrows, going prone may just save your character’s life!

As I mentioned when talking about the Grappled condition, this condition causes a great deal of confusion at many tables.

When restrained, a character’s speed is reduced to 0 and they don’t get any bonuses to their speed.

A stunned creature is incapacitated, can’t move, and can speak only falteringly.

Attack rolls against a stunned target are made at advantage. Additionally, a stunned creature automatically fails any Strength or Dexterity saving throws.

This is sure to be a common condition if there is a Monk in the party as the class’s Stunning Strike is arguably their most powerful feature.

Unconscious is exactly what it sounds like – you just kind of lay there.

An unconscious character is incapacitated, can’t move or speak, and is unaware of their surroundings.

If knocked unconscious, the character drops whatever they are holding and falls prone.

As one would expect, an unconscious character fails any Strength and Dexterity saving throws that they might need to make.

Attacks against an unconscious creature or character are made with advantage. If the attacker is within 5 feet of the unconscious target, a successful attack roll is an automatic critical hit.

Conditions are very important knowledge for both players and Dungeon Masters. Even conditions that don’t seem particularly threatening can have major repercussions in the heat of battle.

I’m particularly fond of the Frightened condition, personally. Depending on what party members find themselves Frightened by an enemy, a seemingly minor encounter can very quickly turn sour and deadly!

Using conditions in encounters adds extra depth to the game and can even be used as major story elements.

Did the party have an encounter with a Medusa who turned their Paladin to stone with her gaze? Why not have a quest to get some kind of MacGuffin that will help them return to slay the Medusa and save their ally?

Perhaps the Wizard is charmed by an enemy and won’t cast their Fireball spell to clear the field for fear of hurting the one that has charmed them.

Knowing the various conditions in D&D 5e and how to use them appropriately is a major step in providing extra and unique challenges to your group. 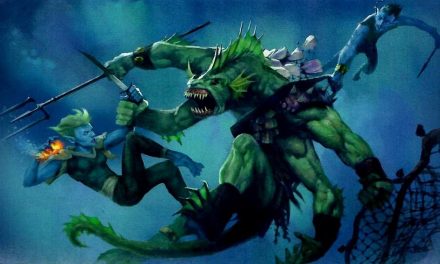 How to Keep Combat Engaging in Your D&D Game