It’s easy to overlook the importance of movement in D&D 5e.

But games, particularly those using miniatures and battle maps, rely heavily on characters’ positioning and movement speed. After all, it’s important to know how quickly you can close the gap between your character and the enemy (or get away if things are going bad!)

While spells, weapons, and armor tend to get the glory in combat, movement is the fine line between life and death for adventurers!

In addition to offensive uses, some types of movement also serve as defensive tactics. Flying and burrowing speeds open up entirely different dimensions of mobility for characters and monsters alike.

So today we’re going to take a look at movement in D&D 5e.

Types of Movement in D&D 5e

We’ll start with the basic movement in D&D 5e.

This speed represents a character’s standard movement and is how far they can move in a single turn without taking the Dash action.

It’s difficult to overstate how useful flying is!

It’s usually a quick and safe way of getting to where you’re going. Flying is a great way to avoid dangers and obstacles while also having tactical use in combat.

Flying can be a little tricky, but it fundamentally changes how everyone at the table is viewing the combat scenario. Rather than looking at the scene horizontally, everyone must now consider the vertical elements at play.

If used correctly, flying creatures’ mobility helps them hit way above their CR. They can keep out of range of melee attacks and may even be able to quickly get out of the range of many spells!

Creatures with flying speeds are able to engage or escape quickly. Because they would be clever enough to use their extra mobility to their advantage, they also get a major leg up in combat.

This is especially true if they have the “flyby” trait that allows them to not provoke opportunity attacks when leaving a character’s reach.

Looking over the Monster Manual, you may have seen creatures like the Beholder or Flameskull that have a hover speed. In a creature’s stat block, it would look like “fly 40ft (hover)” in the Speed section.

Hovering a defensive ability for these flying creatures.

Typically, a flying creature that is knocked prone, has its movement speed reduced to 0, or is otherwise unable to move will begin to fall.

This is obviously very bad for the creature. They lose their positioning, very likely take falling damage, and are probably getting dogpiled by the party.

If a creature has the ability to hover, however, they have considerably less to worry about. Finding themselves in such a situation, they are able to still hover in place until the effect in question ends. This means that they keep their positioning and avoid taking falling damage.

Some creatures in D&D 5e have a burrowing speed. Some common examples of creatures with the ability to burrow are bullettes, badgers, and umber hulks.

This type of movement speed can be very useful for getting around obstacles, surprising enemies, or making a getaway.

Because creatures that are burrowing can’t be seen, they can be very difficult to pin down. Spells and attacks that require the attacker to see the enemy are useless in these situations.

While larger creatures like Purple Worms may leave a tunnel that’s big enough to be ventured into, that’s still a very dangerous idea!

Burrowing may not be as fast as standard movement, but being able to dig through the ground opens up a whole world of creative and tactical uses!

Creatures with a climbing speed don’t need to make athletics checks for climbing surfaces. They can just do it!

A normal creature or character attempting to climb something would need to make an athletics check to do so. On a success, they climb at half of their movement speed.

Climbing is something that I personally feel is horribly underused in combat.

Giant spiders, most oozes, and more can be used to terrifying effect by using vertical elements in the terrain.

A spider might shoot its web from the top of the 15 ft tunnel to restrain a character before dropping down to bite it.

A black pudding ooze may lurk above the party to drop down on a straggling party member. When hurt, it may attempt to climb away out of reach to make an escape.

Much like how flying fundamentally changes how combat is being viewed, swimming is the same way. Rather than looking at the scene horizontally, we now have to also consider height and depth.

Like Climbing speed, creatures with a swimming speed do not have to make an athletics check to swim. They simply swim at the speed indicated on their stat block.

Creatures without a swim speed will need to make an athletics check. When swimming, creatures that do not have a swim speed travel at half of their normal movement speed.

I feel like underwater combat deserves its own article because there is so much that goes into it. I’ll write that up soon.

As it relates to movement, a character without a swimming speed treats water as difficult terrain.

Mixing Up Your Movement in D&D 5e

So what happens if a character or creature has multiple movement speeds?

It is possible to mix up your movement using whichever speeds are appropriate given the circumstance.

I admit that this can get a bit confusing, but let’s use an example!

The Players Handbook mentions this with the example of a wizard casting the Fly spell on your character.

Let’s assume that your character has a movement speed of 30ft plus their newly-acquired flying speed of 60 ft.

In this case, you might choose to fly 20 feet to get to the top of a wall where your ally is fighting some hobgoblins. You land on the wall and run 10 feet forward to attack a hobgoblin, striking it down.

Because you flew 20 feet and walked 10, that is subtracted from your fly speed of 60 feet granted by the Fly spell.

Upon slaying the hobgoblin, you can take back to the air with another 30 feet of flying movement.

Your movement is not a distinct phase of your turn. Rather, it represents the maximum amount that your character is able to move throughout their turn.

Because of this, characters can absolutely choose to break up their movement throughout their turn.

Movement is such a vital part of combat and exploration in D&D.

You want to make sure that you’re aware of all of the options available to you when it comes to how you move and position yourself.

For Dungeon Masters, understanding these different movements is particularly important.

Not only do you want to be able to clarify the mechanics for your players, but how creatures move should certainly be a major consideration when planning an encounter! 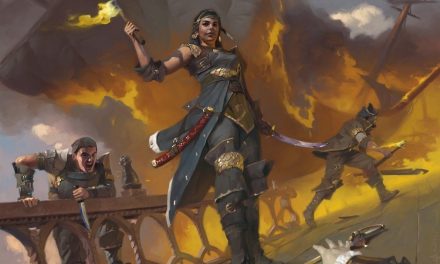