It is easy to only view monks in D&D 5E as being the ascetic, robed, Kung-Fu master of the Shaolin school.

However, Way of Shadow Monks are closer to being spies, illusionists, and even ninja assassins!

Sneaking through the shadows and striking with both speed and precision, the Way of Shadow Monk is a master of stealth. By the time an enemy knows the Shadow Monk is there, it’s already too late…

If this sounds up your alley, then prepare yourself!

This is the full guide to the Way of Shadow Monk in D&D 5e!

What is the Way of Shadow Monk in D&D 5e?

Monks of the Way of Shadow, as the name implies, practice a style focused on stealth and subterfuge. This is a great subclass for fulfilling the ninja, spy, or shadow assassin fantasy.

As you might expect, the Way of Shadow is all about secrecy, discretion, and discipline. The methods and techniques taught by this Monastic Tradition are closely guarded secrets.

Commonly, members of Shadow Monk clans are family members. They might pose as simple farmers during the day while taking high-value assassination contracts under cover of night. This truth is a closely kept family secret.

Otherwise, a Shadow Monk might be a member of a thieves’ guild. For the right price, one might be able to hire a Shadow Monk for a number of jobs including spying, sabotage, or assassination. Particularly in cities where the intrigue of nobles creates a deadly and high-stakes game, Shadow Monks can find their skills to be particularly lucrative.

Of course, there’s still a code to be mindful of. Things like snitching, leaking secrets, or otherwise acting dishonorably (such as betraying a client or fellow Shadow Monk) threaten the entire organization and are often met with swift consequences.

Whether it’s your footsteps or your mouth, remember: silence is golden!

The Way of Shadow Monk and its kit makes the subclass absolutely amazing for being the party scout, infiltration, and targeted assassinations.

If you need someone to enter the orc keep and find out what their attack plan is, or discover where prisoners are being held, or take out their leader, the Way of Shadow Monk is your party’s go-to.

Be sure to check out my article about the surprise mechanic in 5e. You’ll be using it a lot!

The subclass features of the Way of the Shadow Monk lend themselves heavily to getting into and maintaining stealth. Many of these features help you create, stay inside of, move through, and attack from darkness and shadows.

Really bringing value as a Shadow Monk relies heavily on knowing your abilities and how to use them best.

As an initiator, you want to focus on opening up the best opportunities for you and your party. If you can do that, you’ll have a swift victory over the enemies you encounter on your adventure!

Gaining access to thematic spellcasting as well as an exceptionally useful cantrip, Shadow Monks learn to harness their ki to sow distraction and confusion!

You can use your ki to duplicate the effects of certain spells.

As an action, you can spend 2 ki points to cast darkness, darkvision, pass without trace, or silence, without providing material components.

Additionally, you gain the minor illusion cantrip if you don’t already know it.

Considering your area of expertise, this is a very solid selection of spells. Used wisely, these are worth the ki cost!

Minor Illusion is an often-overlooked cantrip with some big potential. Used well, you can lure guards away from an area you’re trying to infiltrate or into a trap.

Especially when you start gaining more features at higher levels, Darkness is a very useful spell. Just be aware that darkvision can’t see through magical darkness. If you’re trying to cast it on yourself but plan on moving around, you might be in for a bad time! However, nothing will ruin your enemies’ day faster than not being able to see anything!

If you’re a race like a Human, Halfling, or Dragonborn that doesn’t naturally have Darkvision, spending 2 ki points to let yourself see in the dark with the Darkvision spell isn’t a bad trade.

Pass Without Trace is crazy good. Getting a +10 Stealth bonus almost guarantees you’ll go unnoticed by even the most perceptive of enemies.

Lastly, Silence can be good in the right situations. Casting it right before you drop down and assassinate your target can help you clean out an entire room without any alarms being raised or anyone outside the room being aware of what’s going on. Additionally, it completely shuts down casters’ spells that require verbal components!

At level 6, you gain the Shadow Step feature. This ability combined with the base Monk mobility options makes the Way of Shadow Monk unparalleled in their ability to move through darkness and shadows!

You gain the ability to step from one shadow into another.

You then have advantage on the first melee attack you make before the end of the turn.

Everything about this is amazing. Monks are already incredibly mobile, but adding a 60-foot teleport ability is just nuts.

If that wasn’t enough, you’re also getting advantage on your first attack when you spring out of the shadows to start laying a beatdown on your target. Make that a Stunning Strike and all of your other attacks will also be at advantage if they fail their save to not be stunned!

Be mindful of where the shadows are on the battlefield and the enemy won’t know where you’re coming from next!

You’ve done it! You’re now level 11 and excited for your next feature!

How does free invisibility sound?

You have learned to become one with the shadows. When you are in an area of dim light or darkness, you can use your action to become invisible.

You remain invisible until you make an attack, cast a spell, or are in an area of bright light.

As long as you avoid bright lights like torches, you can pretty much stay invisible at all times.

Of course, you lose invisibility when you attack or cast a spell, but that’s nothing to worry about. When you’re attacking from invisibility, you get advantage on the attack. Much like we talked about with Shadow Step, make that a Stunning Strike and your enemy won’t even be able to scream for help!

Though, naturally, this is especially suited for making you the ultimate scout. Between your Monk agility and mastery of remaining unseen, you should have little difficulty.

This is yet another amazing feature for the Shadow Monk!

The ability to become completely invisible as long as they are not in bright light makes Way of Shadow Monks masters of subterfuge!

Further playing upon the theme of distraction, the Way of Shadow Monk can capitalize on a foe momentarily losing focus on them.

At 17th level, you can exploit a creature’s momentary distraction when it is hit by an attack.

Whenever a creature within 5 feet of you is hit by an attack made by a creature other than you, you can use your reaction to make a melee attack against that creature.

Regardless of the subclass, Monks really excel by making a ton of attacks per turn. It’s kind of a “death by a thousand cuts” situation.

So why not add an extra cut for good measure?

Let’s say you’re squaring up to an enemy. You’ve already smacked them four times on your turn. Now your ally goes and hits them as well.

Using your reaction to get in a cheeky extra hit while the enemy is recoiling from your ally’s attack, you just might drop them then and there!

Don’t underrate the value of getting in this extra hit. Especially considering the types of enemies you’re encountering at this stage of the game, that extra damage nearly every turn will really add up!

All in all, this is a solid use of your reaction.

Unless you’re expecting to need to Deflect Missiles or think you might be better off taking an attack of opportunity on a different nearby enemy, this lets you get the most out of your action economy!

As talked about earlier in this article, the Way of Shadows Monk is not the typical Monk. While disciplined as all monks are, their background is likely to be very different than the typical monastic tradition.

A Way of Shadow monk could easily have trained with a ninja clan. This may or may not even be more of a “family business” kind of situation that has aligned you with the party’s interests. Especially if you go this route, you might use Monk Weapons reskinned to fit the ninja aesthetic more like shuriken, kusarigama, kunai, and more.

Perhaps you learned your techniques from a great spymaster from a major faction or city.

Maybe your skills come from having spent time with a very well-organized crime syndicate or thieves’ guild.

A Way of Shadows Monk really can occupy many of the same shadowy archetypes typically associated with the Rogue class. Not surprisingly, they can often have similar motivations too!

Is the Way of Shadow Monk Good?

Indeed, the Way of Shadow Monk in D&D 5e is a solid subclass with mechanics that very much aid in fulfilling the archetypes and roles we’ve discussed. This subclass isn’t overly complicated in its mechanics and most of them are both formidable and potent.

If there is one weakness that the subclass has it is that it lacks access on its own to skills and tool proficiencies that compliment and really flesh out its role as an infiltrator, spy, or assassin.

You’ll naturally want to acquire proficiency with skills such as Deception, Investigation, Sleight of Hand, Perception, Persuasion, and Intimidation. Not to mention, you’ll also benefit greatly from proficiency with Thieves’ Tools and Poisoner Kits.

This could be addressed with the Skilled feat, certain backgrounds (like the Criminal/Spy or Charlatan backgrounds), or with a dip into or full multiclass with Rogue. Multiclassing with the Assassin Rogue, in particular, is especially complementary and powerful.

All in all, the Way of Shadow Monk really captures the experience of being a ninja in a way that’s fun and useful to the party!

Curious how the Shadow Monk compares to the other Monastic Traditions? Check out my ranking of every Monk subclass in 5e!

I hope this guide to the Way of Shadows Monk in D&D 5E is helpful and has kindled your interest in this subclass.

The Way of Shadows Monk offers a fantastic alternative to the typical monk archetype. It really shows how deadly discipline, unique mechanics for making use of the environment, and a bit of illusion can create a powerful character focused on subterfuge.

There’s so much flavor with this subclass that it’s hard not to get the gears in one’s head turning. Even in writing this article, I gained some ideas and new excitement for creating Way of the Shadow Monks in my own games. I hope reading this does the same for you.

Have you played a Way of Shadow Monk before or do you have an idea for one you want to play in the future? I’d love to chat about it in the comments! 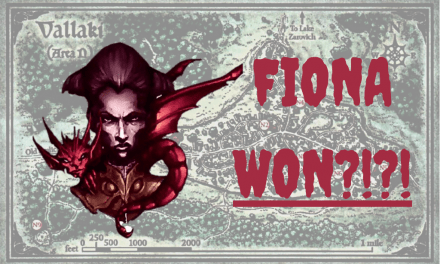