Downtime in D&D 5e doesn’t have to be (and shouldn’t be) boring!

Between quests, this gives your players a chance to meet NPCs and pursue individual goals. Embracing downtime as a chance for character development and more social activities is a fantastic way to add to the immersion of your campaign’s world.

Whether it’s making some coin in the fighting pits, finding a buyer for a magic item, or catching up on some research, there are downtime activities for every interest and class.

Use Your Downtime to Meet New NPCs

If your group loves roleplaying and interacting with the world around them, they are sure to enjoy meeting the inhabitants of the village/town/city that they’re resting in. As the party levels up and accomplishes increasingly more heroic deeds, they are likely to find people who are curious to hear their stories. (Side note: this a great way to introduce a Renown or Reputation system into the game!)

The party may even encounter some rivals during downtime. These NPCs aren’t necessarily evil, but they have interests that go against the party’s. A High Priest may be worried that the party’s efforts are diminishing the temple’s prestige or an opportunistic noble may view one of the party members as an excellent scapegoat in their quest for more political power.

Xanathar’s Guide to Everything includes tons of ideas for creating rivals that are sure to add immersion and intrigue to your world.

Is there a particular tool that you want to gain proficiency with? Maybe you’d like to learn a new language so that you don’t have to keep casting Comprehend Languages or Tongues if the other person doesn’t speak Common.

Downtime is a great way to add some extra depth to characters. It takes an average of ten weeks with an instructor to develop proficiency with a new skill or language, but having a high intelligence can speed the process up greatly. As it just so happens, spending this downtime with the instructor can also be useful in establishing familiar NPCs for your story.

Characters may choose to spend downtime researching the lore of a particular topic. This could be a magic item, location, legendary creature, or anything else that may be available for study at a library or by consulting a sage.

Gaining knowledge about what lies ahead can greatly tip the scales in the party’s favor. A character who spends their time hitting the books can learn incredibly useful information such as the type of spells favored by a group of enemy mages, legends of the location of an ancient and powerful item, or the weaknesses and habits of a dangerous local monster.

The party are skilled adventurers and can each use their particular skills to turn a profit during downtime. Fighters and Barbarians may take a special interest in competing in fighting pits for glory and gold. Others may prefer to risk their current wealth for a huge payday by gambling. Even still, some characters may prefer some more… unsavory… methods of making extra coin between adventures by committing some crimes and terrorizing the local merchants or nobles.

Depending on the world, it’s possible that the average merchant may not be able to afford to buy magical items at a fair price from the party. However, they may still find the interest of collectors and nobles with deeper pockets who would be interested in purchasing magic items from the party’s latest adventure. While it may take some extra work to find a suitable buyer, the high price can certainly make it worth it with even common magic items selling for a value of around 100gp.

An entrepreneurial party may look into building a business to create an income stream. This seems to happen in a lot of my personal games. By hiring some locals to run the business for them, the characters able to still go on adventures and will look forward to getting an extra payday from their business in addition to what they acquired in their latest dungeon crawl. In a later article, we’ll take a deeper dive into the mechanics of building a business in D&D 5e.

Personally, I tend to consider it a bit of a win if the players are asking about this. It means that they are truly invested in the world that we’re creating and looking for a base of operations. Which reminds me…

Characters may find themselves wanting to build a stronghold. This gives them a base of operations and an entirely new way to influence the world around them. The options for strongholds are virtually limitless and especially appeal to players who enjoy getting in on the world-building aspect of Dungeons & Dragons.

The Dungeon Master’s Guide contains some rules and uses related to strongholds that are sufficient when combined with your group’s own creativity. However, if your group is interested in building a stronghold, I highly recommend checking out the Strongholds & Followers supplement from Matt Colville and MCDM Productions.

Some things take time that the typical long rests in the wilderness or musty dungeons just aren’t suited for. Things like brewing potions, crafting weapons or armor, and scribing scrolls are far more possible during the party’s downtime.

Magic items can be crafted, but require more time, expertise, and rare or costly materials. Characters who are looking to craft a specific magic item may need to go on a quest to get some of these materials and then take a sizeable amount of time to properly craft it.

Clerics, Paladins, and other pious members of the party may choose to spend some time attending the services and helping out at the local temple. By actively supporting the temple’s efforts, these characters can find themselves generating favors from the temple’s leadership or even the deity themselves.

Hey, it never hurts to have friends in high places!

Mix Up Your Game With Downtime Activities

So while downtime may not see the character’s rolling for damage, it provides some much needed time to accomplish goals, interact with the world, and make/spend some hard-earned gold. Candlekeep Mysteries Review | Is It Worth It? 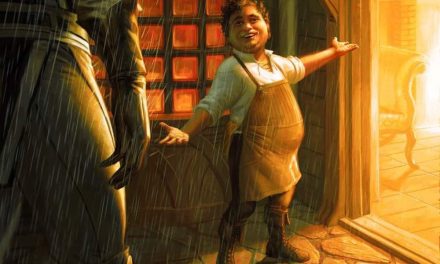