The Lich: Magic And Undeath in Dungeons & Dragons The Lich in D&D is one of the iconic creatures that even high-level parties approach with caution. With access to immensely powerful spells and a host of undead abilities, the notorious Lich deserves its reputation.

So let’s take a deeper dive into these powerful, undead masters of the arcane.

The Pursuit of Arcane Power

Before becoming the horrifying undead creature that it currently is, the Lich was still a powerful wizard. These wizards grew in power only to discover that they were still limited by their own mortality. They were so dedicated to unraveling the secrets of the arcane that they then decided to use their talents to conquer death.

With freedom from the reality of death, these wizards went back to studying magic. They would retreat from the world and reside in quiet and isolated places that made for ideal studying environments.

Researching knowledge that had been long-forgotten, the Lich could spend years, decades, or centuries left to their own devices.

However, this isolation has a way of destroying what little sanity remains in the Lich.

They become obsessed with their pursuits. To ward off intruders, the Lich may set up deadly and complex traps throughout its lair. Other creatures may find themselves in service to the Lich who uses them as extra security against intruders.

In this single-minded pursuit of power, the Lich has likely also built a collection of magic items. These may be used for research purposes, but also add to the Lich’s arsenal.

If a Lich has pulled themselves away from this obsessive study, it is only because something of great importance to them has warranted it. This size of this event would have to be massive, though, as they are typically content to let most things be left to time.

Just such an event forms the plot of the Tomb of Annihilation module. If your group wants to experience the crushing difficulty of contending with a Lich’s schemes, I highly recommend this module!

As one would imagine, the process of becoming a Lich is not an easy one. It requires considerable studying of the most foul and well-guarded magic. Because of the work involved in achieving lichdom, only the most driven and likely insane wizards are able to see it through.

The wizard who has chosen to become a Lich has likely made a deal with an evil deity or powerful Demon Lord. The Demon Prince of Undeath, Orcus, has created a multitude of Liches in exchange for their undying loyalty.

(Sorry. That joke was just too hard to pass up.)

The Lich and Their Phylactery

Part of the ritual of becoming a Lich involves the wizard transferring their soul into a phylactery. This is typically an amulet, but it may be some other object in which the arcane sigils have been inscribed.

To complete the ritual, the Lich drinks a potion that is mixed with poison and the blood of a sentient sacrifice. This kills the wizard who shortly afterwards rises from the dead. The wizard’s soul is transferred to the phylactery and they become a full-fledged Lich.

However, the Lich must now continually feed souls to the phylactery for the magic to remain intact. A lich that forgets or is unable to do this will begin to decompose and fall apart. This results in the not-as-powerful-but-still-terrifying Demilich.

A Lich cannot be truly destroyed unless their phylactery is also destroyed. Because of this, Liches take great care to hide their phylacteries in the most treacherous of places.

Because of their special bond, a Lich can sense if its phylactery is being attacked, moved, or is destroyed. There is no quicker way to invoke the wrath of a Lich than messing with its phylactery.

Defeating a Lich is no small task, but it’s only the first part of destroying them for good. After a Lich’s body has been broken, the Lich’s mind and will return to its phylactery.

It can take several days for the Lich to reform. However, it’s very unlikely that the Lich’s phylactery was close by it when it encounters the party. Adventurers may brave the Lich’s traps, guardians, and necrotic spells only to find that they have mere days to complete another dungeon in a location that is thousands of miles (or more) away.

Some Liches may view this as nothing more than a minor setback. Others may take it personally and seek revenge on the party.

The phylactery is the Lich’s key to continued existence. Even tracking down a phylactery may be a long quest in and of itself.

Every phylactery is different and the incredible intelligence and cunning of Liches means that it can be hidden incredibly well. Furthermore, it is sure to be protected by powerful and monstrous creatures.

Destroying the phylactery is similarly difficult. These items cannot be destroyed by mortal means. The party will need to acquire special items and learn powerful rituals to accomplish this. Just acquiring the tools and knowledge necessary to destroy a phylactery is a massive undertaking. Other powerful wizards, loremasters, and even deities may be inclined to aid the party as they are able.

As mentioned above, the Lich is able to sense if its phylactery has been disturbed. Adventurers should expect the Lich to react swiftly and aggressively to their actions.

The Lair of the Lich

The ruins of an ancient city, a crumbling tower, an academy dedicated to the study of the dark arts… These are just a few of the types of places that a Lich may use as its lair.

Regardless of the location, the lair is bound to outfitted with diabolical traps of both the mechanical and magical varieties. As arcane masters of necromancy, one should expect large amounts of undead, constructs, and even demons to fill the lair.

Because of their isolationist nature, a party is more likely than not to encounter a Lich in their lair.

This makes the Lich even more dangerous than it would be otherwise. With lair actions that allow it to regain spell slots, transfer damage it takes to other party members, and summon powerful apparitions to fight alongside it.

Furthermore, the Lich likely has some very powerful magic items that it has kept stored away for just such an occasion.

The Lich is an arcane powerhouse with access to 9th level spells like Power Word Kill. Particularly if its phylactery is danger, a Lich won’t have any second thoughts about using any means necessary to exterminate the party.

Even beyond the Lich’s spellcasting, its abilities to paralyze enemies with a melee attack or frighten them with its gaze are not to be taken lightly.

For the cleric that is chuckling as they clutch their holy symbol and prepare to Turn Undead, be warned! The Lich has advantage on any attempts to turn it.

As the party is likely not at full-power when they have finished navigating the Lich’s lair, this fight can turn deadly very quickly.

If the Lich feels that it is losing, it may have some remnants of previous adventurers that it can animate to even the odds. To add insult to injury, it may particularly decide to do this if a party member dies in combat.

An encounter with a Lich makes for an incredible experience that your group will talk about for years to come.

Their cunning, power, and overall difficulty make them an excellent boss for a high-level encounter.

Because there are so many steps involved in destroying a Lich, there is an incredible amount of room for Dungeon Masters to come up with the lore surrounding them.

To come out on top, a party will have to use every trick in their book and maybe even improvise a few new ones.

In short, Liches are awesome. 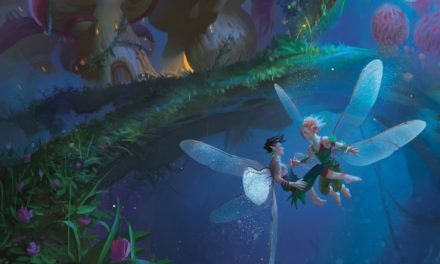