Concentration in D&D 5e is an incredibly important mechanic for spellcasters to be aware of.

You’ve probably seen some of your spells that say “Concentration” in the description and wondered what that means.

Concentration is something that all spellcasters should be mindful of. It can be a little confusing, though, so that’s why we’re taking a closer look at Concentration in D&D 5e in today’s article.

For spells that require concentration, it takes some extra focus to maintain the effect.

You will typically find this on spells like Faerie Fire or Conjure Animals that have ongoing effects. These spell descriptions will say something along the lines of “Concentration, Up to 1 minute” for the duration.

This means that the spell’s effect lasts for that amount of time unless you lose concentration on it, the effect is dispelled, or the affected enemies make any necessary saving throws.

Choose wisely though! You can only use one concentration spell at a time!

Once you’ve cast a concentration spell, you want to be sure that you are able to keep it going.

There are several different ways that a spellcaster may lose their concentration on a spell. You want to be sure to play carefully so that you can keep the spell’s effect going to help your party!

So let’s take a closer look at the biggest threats to your concentration spells!

A core balancing mechanic in D&D 5e is that casters can only have one concentration spell going at a time.

Casting a second concentration spell instantly ends any other ongoing concentration effects. You will want to be very aware of this when deciding what to do on your turn!

For example, let’s say that the party’s Wizard has cast Fly on themselves. They fly up to get a better look at a Hobgoblin encampment. Some of the hobgoblins see the wizard flying above them and shoot some arrows. The Wizard, in a panic, casts Invisibility on themselves so that they can safely get away.

But there’s one problem…

The Wizard goes invisible but begins plummeting to the ground. A loud scream from an unseen source is heard before a loud THUD in the middle of the Hobgoblin encampment.

A pair of hobgoblin mages look down at the unconscious wizard and shake their heads.

“He shouldn’t have tried to cast a second concentration spell…” one says to the other.

When you’ve cast a concentration spell, you want to be particularly careful about taking damage.

If you take any damage while concentrating on a spell, you must roll a Constitution saving throw. Keep in mind, if you fail this saving throw, you lose concentration on your spell!

The difficulty of this saving throw to maintain Concentration is either a DC 10 or half of the damage taken, whichever is greater.

If you are concentrating on a spell and get bitten by a Rat for 1 damage, you have to make a DC 10 Constitution Saving Throw.

If, instead, you find yourself getting beaten by the business end of a Hill Giant’s Greatclub, it will be harder to maintain concentration. The Giant deals 28 damage and you must now make a DC 14 Constitution Saving Throw.

In the case of our Wizard friend in the previous example, let’s say three of the hobgoblins’ arrows hit him as he was flying overhead. Two hit for 5 damage each and the third rolls a natural 20 and hits for 14 damage.

The Wizard must make three DC 10 Constitution Saving Throws since 10 is greater than half the damage from any one source.

Being Reduced to 0 Hit Points

If you are dead or unconscious, you cannot maintain concentration on a spell.

An enemy who has taken the Mage Slayer feat can be very disruptive to spellcasters trying to maintain concentration.

Among the feat’s bonuses, the spellcaster’s Concentration Saving Throws for damage that the Mage Slayer deals to it are at disadvantage.

Some environmental effects may make it harder to maintain concentration.

Perhaps your party is at sea and fighting a Kraken. As it wraps its tentacles around the ship and the huge waves threaten to flip the vessel, it would be understandably more difficult to concentrate on any spells you have going.

Your party may find themselves in the rocky and windy plane of Pandemonium. As the howling winds carry innumerable screams towards the party, casters may have difficulty concentrating in such an environment.

It is always up to the Dungeon Master if such environmental effects would require the caster to make a concentration check.

Anything that would stun, paralyze, or otherwise render a caster motionless can instantly break the caster’s concentration.

Getting hit by a Monk’s Stunning Strike ability, petrified by a Medusa, or paralyzed by a Scarecrow’s glare are examples of such effects.

Making it Easier to Concentrate

War Caster is a fantastic feat for any spellcaster to take.

Among its other benefits, you make your Concentration Saving Throws with advantage!

You might also like the Resilient feat to add your proficiency bonus to your Constitution saving throws. Casters are notoriously squishy, so this is definitely something to consider!

Lastly, Conjuration Wizards who reach level 10 gain the ability to not lose concentration on conjuration spells as a result of taking damage.

The concentration mechanic in D&D 5e is all about keeping a level of balance in the game.

The spells that have concentration requirements are almost always game-changing spells with very powerful effects.

As a spellcaster, you want to stay aware of which of your spells require concentration. Your combat tactics will change accordingly!

Similarly, you’ll want to keep these rules in mind if dealing with pesky enemy spellcasters as well! 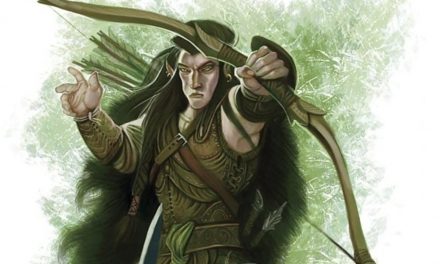