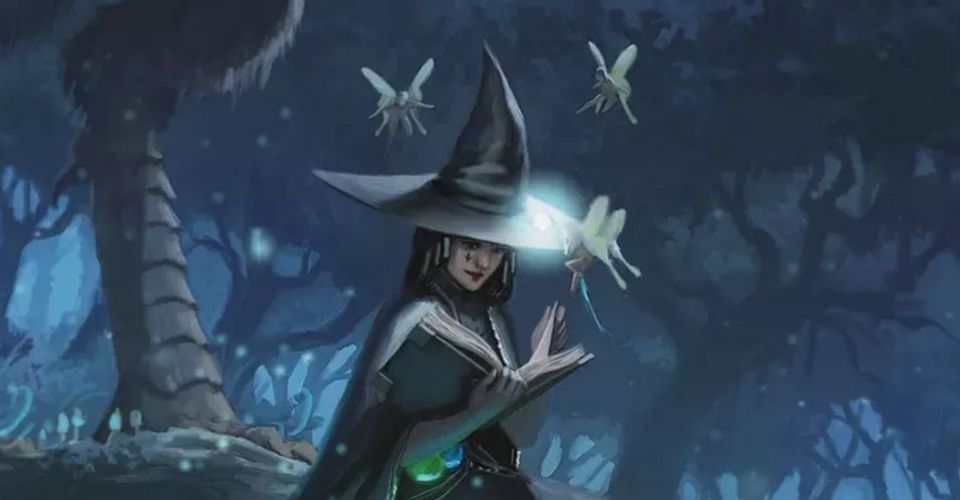 It’s been a few weeks since the latest release from Wizards of the Coast, so I figured it’s about time to share my top 10 favorite subclasses in Tasha’s Cauldron of Everything.

Quick Note: Ranking the Subclasses in Tasha’s Cauldron of Everything

As with any ranking, this is purely opinion-based. My biggest consideration in ranking these was a mix of usefulness and flavor. Ultimately, this ranking just reflects my own general excitement about playing these subclasses.

Also, a quick note, I did not consider classes for this ranking that have been published in other official releases. So classes like the Spores Druid (which was already published in Guildmaster’s Guide To Ravnica) have been left out.

With that said, let’s get right into it!

Iron Man is one of the coolest characters in the Marvel Universe and its pretty freaking awesome to play a character with an Iron Man suit of their own.

Being able to customize even further by choosing between the Guardian and Infiltrator armor is a great touch. Plus, if you want to change your mind, you can just make some adjustments in a short or long rest and swap!

This subclass is dripping with flavor and I am here for it!

Tasha’s Cauldron seems to have especially had some awesome goodies for sorcerers in its brew! This is certainly true of the subclass options!

The Psionic Spells are definitely the big draw to the Aberrant Mind Sorcerer. Being able to cast these spells discreetly using only sorcery points at 6th level is an ability that can be incredibly helpful in a large number of situations.

The telepathy ability that the Aberrant Mind Sorcerer gains at the first level is a very fun bit of flavor with some great use if the party has to separate for some reason. Being able to speak to your buddy from up to 5 miles away is pretty sweet and can make for some interesting roleplaying!

I have to confess something: when I first read the Circle of Stars Druid, I was just like “meh.” There are a lot of subclasses in Tasha’s Cauldron of Everything with some really awesome “shine” to them, so I admittedly kind of passed on this one at first. But, wow, was I wrong!

But the more I kept coming back to it, the more interesting it seemed. There’s definitely a lot of utility here and it fits well with the Druid’s knack for adaptability.

Perhaps my favorite aspect of the Circle of Stars is the way that Wild Shape is able to be used. Rather than turning into an animal, a constellation appears and glimmers on your body.

Want to launch some ranged attacks as a bonus action? Have an Archer constellation!

Need some extra oomph for your healing spells? Your Goblet constellation runneth over!

Want to make sure you don’t lose concentration or ace that intelligence/wisdom check? The Dragon constellation has got your back!

At level 10, you’re able to change your constellation at the start of each of your turns!

Being able to use buffs and debuffs with this subclass’s Cosmic Omens at level 6 is another incredibly interesting mechanic. Gaining a special reaction of either Weal or Woe between long rests is a cool mechanic that adds even more usefulness to the Druid.

Update: Check out the full Circle of Stars Subclass Guide!

7 – Barbarian Path of the Beast

This Path option is exactly what I’ve been waiting for in a barbarian subclass.

I absolutely love the flavor of the Barbarian just going werewolf on enemies with teeth, claws, and tail. There’s some very cool mental images that the Path of the Beast evokes in its descriptions!

For starters, being able to use your rage to also grow teeth, claws, or a tail is a very cool feature. I think that this also opens up Barbarian characters to some very interesting new types of backgrounds and character archetypes.

At 6th level, being able to further enhance your form with extra benefits to climbing, swimming, and jumping is exciting. The Path of the Beast Barbarian can become an absolute force of nature!

But the class just continues to get more interesting as you level up! Cursing your enemies with the same feral madness and even spreading your fury to your party for some awesome benefits make this class very exciting to me!

Though it’s hard to say what I’m more excited for: the mechanics of being a feral madman or the roleplaying!

On my first read through the subclasses in Tasha’s Cauldron of Everything, the Twilight Domain Cleric was certainly in my top 3. It’s only been bumped down with much back and forth because of how I excited I am for so many of these subclass options!

The Twilight Domain Cleric has flavor and mechanics that both play off of the mood of your campaign. Darker campaigns like The Curse of Strahd or Icewind Dale: Rime of the Frostmaiden are great settings to take advantage of all that the Twilight Cleric has to offer.

The Twilight Cleric’s Twilight Sanctuary ability is one of my favorite uses for Channel Divinity and synergizes perfectly with the subclass’s other features.

There’s certainly a mystical charm to the Twilight Domain Cleric and I’m very excited to roll one up soon enough!

Right out of the gate, the Way of Mercy monks gets 200 extra points for style.

Between the cool mask options (though I speculate that the vast majority of players will be going with the iconic plague doctor mask) and the whole “heal with one hand, harm with the other” motif, this class absolutely nails its flavor.

Plus, this healing gets rid of several diseases and conditions.

They can also use their Hand of Harm to inflict the poisoned condition on enemies.

Oh, and, at 17th level they can just straight up bring people back from the dead. No material components needed! Just 5 ki points and a body that hasn’t been dead for longer than a day and “BAM!” they’re back on their feet.

One of my weekly groups has this weird thing about characters wearing masks (particularly Plague Doctor masks, which is a long and funny story), but I don’t know that they can talk me out of this one…

I love abilities that let you alter dice rolls and pull off some clutch actions. The Clockwork Soul is perfectly geared for just such abilities. (Sorry, I couldn’t help the pun…)

Being able to negate advantage and disadvantage right out of the gate at level 1 is some incredible utility that will serve you well for the entire time you’re playing the character.

As the Clockwork Soul Sorcerer levels up, even more dice shenanigans are possible. Using sorcery points with Bastion of Law to give dice to allies that reduce the damage they take can potentially be a crazy defensive buff. Using Trance of Order to deny enemies’ advantage while also rolling no less than a 10 on your rolls is just downright disgusting.

I can see some truly clever backstories and flavor manifesting for those who play a Clockwork Soul!

I have been wanting this for so long!

The Warlock’s Genie Patron had to make my top 3 subclasses in Tasha’s Cauldron of Everything!

Being able to enter your Genie Vessel (and later bring your friends with you) is incredibly nifty while also giving you a pretty convenient place to stash loot!

As you level up, the deal keeps getting even sweeter. You can fly, provide extra healing from Hit Dice while your party is in the vessel with you, and even ask your patron for a limited version of Wish every few days.

There are several Warlock Patrons to choose from in D&D 5e, but the Genie has some of the most fun potential, in my opinion.

Clerics definitely got some great subclasses in Tasha’s Cauldron of Everything!

And why wouldn’t they? Clerics are arguably the strongest class in D&D 5e with tons of different options for how to build them out.

Furthermore, putting an Emboldening Bond on your party members gives some beautiful bonuses to their rolls. As you level, bonded allies can magically teleport to swap places when one is being attacked and eventually gain resistance to damage that they take when swapping this way.

This subclass scales very well as you level up.

I was initially worried when I saw the domain’s name because, let’s be honest, pacifists don’t typically make for the best adventurers. But the Peace Domain Cleric recognizes that they must stand strong and support their allies to create peace.

I’ve played several clerics in my time, but I don’t think I’ve ever been more excited to roll one up than I am now!

Looking over the new subclasses in Tasha’s Cauldron of Everything, there is some very stiff competition! However, the Phantom Rogue has stolen both my heart and the number one spot for this list!

It’s almost hard to tell where to begin! The incredible flavor that this subclass offers? The clever mechanics that really set it apart from other options? The sheer value that the Phantom Rogue brings to a party? The VERY cool character art in the book?

This rogue is a perfect addition to a party that is going to have an urban campaign or in a dungeon. These rogues make for incredible spies and information gatherers, but don’t underestimate their combat abilities!

At lower levels, the Phantom is able to call upon ghostly knowledge to gain new proficiencies in skills and tools. Furthermore, they can use their Wails of the Grave to deal extra damage to a nearby enemy after using their Sneak Attack.

In time, the Phantom Rogue is true to their name with the ability to basically become a ghost and walk through walls, hover, and become harder to hit.

In the next campaign that I’m a player in, I fully plan to roll up a Phantom Rogue!

Conclusion – My Favorite Subclasses in Tasha’s Cauldron of Everything

This was a difficult to list to make! There are several fascinating options in Tasha’s Cauldron of Everything and it wasn’t easy to pick a top 10 and rank them.

Many of the new subclasses in Tasha’s Cauldron of Everything bring a much-welcomed level of “zing” to their respective classes.

I’ll be doing some in-depth reviews of each subclass soon, but figured it was worth releasing my personal favorites.

Have you picked up Tasha’s Cauldron of Everything yet? If so, what subclass are you currently playing or most looking forward to playing?

If you haven’t, you can grab a copy using my link here.

You can also check out my review of Tasha’s Cauldron of Everything by clicking here. 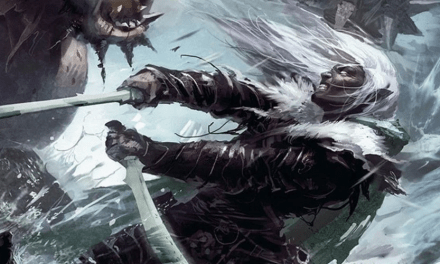 Guide To The Rogue Thief in D&D 5e | Sticky Fingers?