The Circle of Spores Druid For D&D 5e

Adventurers who want to show the party how much of a “fun guy” they are may choose to become a Circle of Spores Druid.

The Circle of Spores Druid option has been officially published and adds another interesting option for Druids in D&D 5e.

Originally receiving its first official publishing in Guildmaster’s Guide to Ravnica, the Circle of Spores Druid has now also been published in the Tasha’s Cauldron of Everything sourcebook.

Let’s take a closer look and see what the undisputed champignon of Druid subclasses has to bring to the table.

The Circle of Spores Druid has arguably the most unique abilities of all of the Druid subclass options.

With their Halo of Spores ability, these Druids are able to deal extra damage to creatures that get too close and fail their Constitution saving throw. This damage is small but it scales as you level up, so it grows with you. And… you know… on you…

While you are using your reaction to deal this damage and relying on the enemy failing their saving throw, it can still be a good call to use this instead of taking an attack of opportunity. Realistically, it’s pretty rare that Druids get to use their reaction for something, so this is a nifty addition to the character’s action economy.

The Circle of Spores Druid is able to use their Wild Shape ability in a different and very cool way. Instead of turning into an animal, they awaken their spores with their Symbiotic Entity ability. This doubles the amount of dice rolled for damage with their Halo of Spores, gives them an extra 4 temporary hit points per Druid level, and adds extra necrotic damage to their melee attacks.

At 6th level, the Circle of Spores Druid gains the Fungal Infestation ability. Using this, the Druid reanimates the corpse of a beast or humanoid that dies near it. The creature has to be within 10 feet of the Druid and doing this does require the use of their reaction.

Fungal Infestation is a thematically cool ability, but the zombies that it creates are pretty much only useful for taking a single hit. Even still, if the zombies don’t get smashed by an enemy, they only last for one hour before collapsing.

At later levels (and honestly even at 6th level), this ability is all but useless except for some specific utilities. But far be it from me to not see the value and comedy gold of using zombies to check for traps.

Alternatively, the zombies can be used to help block enemy movement. This is especially true in situations where there isn’t mush room to begin with…

At 10th level, the Circle of Spores Druid gains the ability to throw their Halo of Spores when using their Symbiotic Entity ability. The spore cloud takes up a 10 foot cube and deals damage whenever a creature moves into the area or starts it turn there.

When used with spells like Entangle that restrict enemies’ movement, this can be very effective.

Lastly, the Circle of Spores Druid gets their Fungal Body ability at 14th level. This gives them immunity to the blinded, deafened, frightened, and poisoned conditions. It also means that critical hits against them only count as normal hits unless they’re incapacitated. If that happens, you were already in serious truffle to begin with though…

Role of a Circle of Spores Druid

Druids of this subclass thrive on the front lines, which makes the Shillelagh cantrip a must-have (if it wasn’t already.)

With their abilities to add extra damage from their Halo of Spores each round, reanimate enemies that die near them, and gain a healthy amount of temporary hit points with Symbiotic Entity, the Circle of Spores Druid is capable of both giving and receiving heavy punishment.

The Circle of Spores Druid can be deceptively tanky while also cranking out pretty consistent damage. Spells that control the area or enemies (like Spike Growth and Entangle) are must-haves. Ideally, the Druid is also taking spells that help buff their ability to stand on the front line (like Healing Spirit, for example.)

Add in their ability to reanimate fallen enemies into zombies to absorb enemy attacks and you’ve got an effective, though unconventional, front-line melee character!

Sure, the party may have a few morel issues with the Circle of Spores Druid reanimating corpses, but that’s the circle of life for you!

I’m a fan of this subclass for its flavor and unconventional take on the Druid class.

It’s definitely different and the party should not be expecting a large amount of utility out of the Spores Druid.

This subclass really shines in the early-to-mid levels, but the late-game doesn’t seem to have quite the same punch. At low levels, you’re able to get better use out of the Circle of Spores Druid’s unique abilities. By the late game, the extra bits of necrotic damage become less useful and you’ll likely start to wish that you could attack more.

I don’t know that I would consider this one of the top-tier Druid options, but it’s certainly a lot of fun to play! Your party may look at you a little funny at first, but, with your Halo of Spores you’re bound to grow on them…

If you’re considering checking out Tasha’s Cauldron of Everything to get all the new rules and subclasses (including the Circle of Spores Druid), check out our review here! 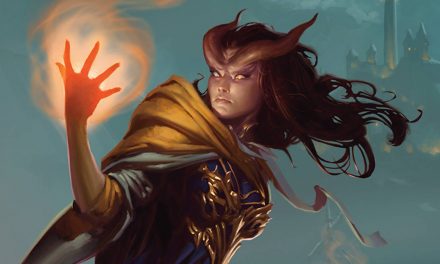 The Best Warlock Spells By Level