Sometimes it’s important to start right from the very beginning.

One of the first things that new players are likely to notice about D&D is the assortment of curiously shaped dice.

In time, new players will turn into dice goblins who hoard their giant bags of clicky-clacky math rocks like the rest of us.

But before that transformation happens, it’s worth taking a closer look at the iconic dice of D&D! This post will cover each type of dice, when to use them, and what they’re used for.

How to Read Dice in D&D

Each individual die is named with the letter “D” followed by the number of sides that it has. For example, a twenty-sided die is called a “D20.”

The roll on the dice is most commonly represented by whatever number is facing upwards, though there are a couple of exceptions that we’ll get to in the next section.

Explaining Each of the Dice You’ll Use in D&D

For example, you can roll 4d6 all together for a spell like Guiding Bolt rather than rolling your d6 four times!

That said, let’s get into our explanation of what each of the dice are and what they are used for!

The D20 is the most important thing in your dice bag. Nearly every roll that you make in D&D will involve at least one of these.

You’ll usually be needing it for:

As you might expect, these are the most common rolls in the game.

Generally speaking, the D12 is likely to be your least rolled die unless you’re playing a Barbarian.

This is generally used for one of two things:

Particularly with the greataxe being a favorite weapon of many Barbarians, you’ll definitely be using this if you’re playing one. Otherwise, you’ll likely almost never have a reason to roll this one.

At a quick glance, these can get mistaken for the D20. Always double-check to make sure you’re rolling the correct dice!

As a DM, I’ll sometimes use this as a random generator for hours, months, or other measurements.

There are two types of D10s: single and double digit.

The double digit ones are used for percentile rolls which we’ll cover in a moment.

The d8 looks like two conjoined pyramids and is one of the more common dice you’ll be rolling.

Weapons like rapiers, Longbows, and longswords use a d8 for their damage. Additionally, most classes use the d8 for their Hit Dice.

The D6 is what most people envision when they hear that the game involves rolling dice.

I’ll never forget one of my friend’s reaction when he was going to play his first game of D&D with our group. I told him he can borrow my dice. He said he can just grab some from his Yahtzee game.

“Oh, it’s not that kind of game. You need special dice!” I said.

My friend stared back at me.

“There’s more than one kind of dice?” he said with clear confusion.

D6 are usually used for:

Pro Tip: if you find yourself being chased by a monster or psycho killer, the D4 make for very effective caltrops. Just throw a handful of them on the ground and they’ll butcher your pursuer’s feet.

In the far more likely event that you have kids or your group tend to accidentally roll dice off of the table, you’ll learn to fear the humble D4 with every fiber of your being.

Ask me how I know…

But beyond making for traps that would make Kevin McCallister from the Home Alone movies proud, the D4 is used for:

Because of their triangular shape, these dice don’t roll particularly well. I recommend shaking them in your hands and doing more of a “toss” to prevent them just sliding on the same number over and over.

There are some very rare situations where you’ll find yourself needing a D3. These include recharging some magic items, determining family relationships within the Explorer’s Guide to Wildemount book, and some of the Path of Wild Magic Barbarian’s features.

In these situations, you can roll a D3 by:

Though I find an absolutely beautiful D3 made by Reddit user u/Nvenom8. You can check out the CNET feature here.

From time to time, the DM may ask a player to roll percentile dice.

This might be to determine random encounters or to use the Cleric’s Divine Intervention feature.

There are three ways to do this:

In the case of the first two methods, rolling zeroes on both dice is a result of 100.

So there you have it: the meaning of the various dice used in D&D and what they are used for!

I hope this has been helpful to you, but if not let me know!

Have a question? Leave a comment below with your query and I will get back to you as soon as possible.

Until next time, stay safe on those dungeon crawls and don’t forget to sign up for the Tabletop Joab newsletter with the form below for updates on all of the latest content!

Looking for the best pre-written adventures for new players? Check out my list here!

Are you looking to sit in the Dungeon Master seat for your group? Don’t miss my 7 MUST KNOW tips for new DMs! 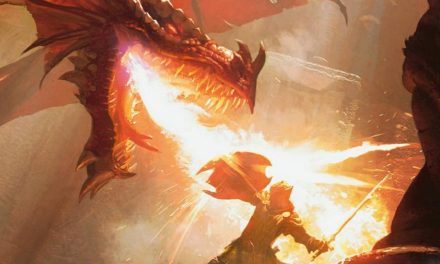 What Do You Need To Start Playing D&D 5e?