Critical Role’s second season has just come to an emotional close. After over 556 hours (7 of which were the final episode!), fans have had to bid farewell to the Mighty Nein as we wait for the inevitable season 3.

With that said, I think it’s time to write an article that I’ve been putting off for several months now.

No – your game won’t be like Critical Role or any other popular D&D stream.

Critical Role is a show with an amazing voice cast, sponsorships, and a full production team. You can’t recreate that kind of thing at home, but that doesn’t mean your game has to be the same as theirs.

That means you get to have all the fun of creating your own world and stories from scratch!

Your Game Won’t Be Like Critical Role (and That’s a Good Thing!)

Critical Role is the most popular D&D stream on the internet and it’s easy to see why. The cast has a strong connection with their audience and creates compelling stories that keep you hooked all season long.

However, Critical Role isn’t your game, and trying to emulate it will only lead to disappointment.

Instead of trying to make your games more like Critical Role, focus on having fun with what’s important to you and don’t worry about how it stacks up against other people’s experiences!

There’s no shortage of opinions about what has been dubbed “The Matt Mercer Effect” in any D&D group or forum.

While it’s named after Matt Mercer, Dungeon Master for Critical Role, it’s a type of phenomenon that can be just as easily credited to the popularity of any of a large number of popular D&D streams.

Not to mention that calling it “the Matt Mercer Effect” is honestly pretty awful and unfair. All that Mercer did was be a really good DM for his friends yet calling this by his name assigns him some level of blame for others’ behavior.

Mercer himself even responded to a Reddit thread about this.

The short explanation is that some players (particularly those who are newer to D&D) will see these high-level D&D games and expect their own game experience to be just like that. However, when they play a game that doesn’t have professional actors, 3D terrain, and a production team, they start to get upset.

Because their experience with the game thus far is seeing the elaborate setups and dynamic performances, they might look around at their table with confusion.

With maps drawn with grid paper and marker, questionable accents of vaguely Scottish origin, and only a handful of miniatures, the player starts to get upset.

What the player doesn’t realize is that it’s not wrong.

In fact, if the group is having fun, it’s absolutely right.

D&D streams and podcasts have done a TON to breathe new life into the game. It’s impossible to ignore the effect that they’ve had on making 5e what it is today.

Whatever your tastes, there’s a stream that you’re sure to love.

In each game, you notice that the focus is on one thing above all else: are they having fun?

Some might be more comedic where others are more serious. Some might have tons of tools and props to add to the experience and some might be classic and raw.

That’s the thing that makes D&D so fun and such a powerful storytelling device. It’s about what makes for the best story and most fun game for the people playing it.

Because of that, there’s no “one size fits all” approach to the game.

What works for one group might not work for the next. Each group is streaming their approach to playing D&D and what is most fun for them.

Getting inspired by your favorite D&D livestream isn’t a bad thing. It can give you ideas that you can then bring to your own table!

However, you should never try to make your own game a carbon copy of your favorite D&D show.

Don’t be discouraged if your games are different from your favorite streams – it just means that you’re doing something right!

It’s ok to draw inspiration from other people’s experiences, but don’t try to emulate them. You’ll find out what works best for you and the people around the table with time and experimentation!

Rather than imitate what you think Critical Role does well, focus on doing things that are important for your game!

You might love a plot hook or some other element of the stream’s world. By all means, feel free to incorporate it into your own game. (For CR fans, it’s easy with the Explorer’s Guide to Wildemount!)

But keep it focused on your own players! They almost certainly won’t make the same decisions as the show’s players and should absolutely be allowed to make the game/story uniquely theirs.

Likewise for players, you can absolutely pull inspiration from characters on Critical Role or whatever other stream you like.

Rather than trying to play as a character like Jester (Laura Bailey’s Trickster Cleric from Critical Role’s second season), take a couple of elements that you like about the character and use them as a starting point. From there, build the character out to be someone unique to your own game!

Your D&D Game, Your Table, Your Memories

Imagine being told that you aren’t allowed to play basketball unless you’re as good as LeBron James.

How uncool would it be to paint something for your loved one only to be told “Well why aren’t you as good as Van Gogh?”

Want to sing in your car on your way to work? Only if you’re the next Freddie Mercury!

I could go on and on, but you get the point.

It’s ok if our games don’t stack up against other people’s experiences. That doesn’t mean that they’re bad or not worth playing in their own right!

It’s YOUR game, YOUR group, and the memories that you are making together.

Trying to stack your own group against another group’s style of play can be toxic even if you don’t mean it that way.

One of my favorite creators in the TTRPG space, Seth Skorkowski, uploaded a video about his experience with this that’s totally worth checking out!

Your D&D game won’t look like Critical Role (and that’s a good thing!) because we all have different needs and desires when playing D&D. What would make one group happy might not work with another and that’s okay too!

The “right” way to play D&D is whatever results in the most fun for everyone at the table.

Just like you don’t need to be in the NBA to enjoy playing basketball or be a Grammy award winner to enjoy singing, you don’t have to be Matt Mercer to run an awesome game for your friends.

By all means get inspired by how he builds locations, does character voices, and lays out plot hooks. But always look at these through a lens of what would your group most enjoy. That will help you remix his ideas into something truly epic for your table!

Conclusion – Your Game Won’t Be Like Critical Role (and That’s a Good Thing!)

D&D is more fun when you play your own game.

Instead of trying to replicate what other people are doing in their games because they seem so much more awesome than yours (even if they aren’t), focus on making YOUR game about YOU and your friends.

If you have an epic story from one of these sessions tell me all about it down in the comments!

Additionally, you can read one of my favorite epic moments from my own sessions here!

Are you a DM looking for ways to engage your players? Check out this article! 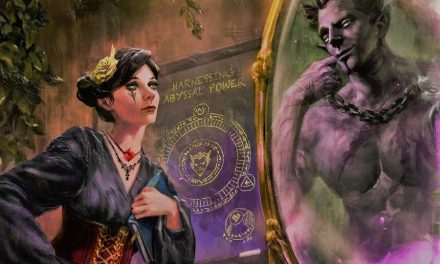 The Ultimate Guide to Warlock Patrons in D&D 5e