Few mechanics are as misunderstood as surprise in D&D 5e. But some monsters and player characters rely heavily on being able to ambush their targets.

For nasty monsters like Ropers to the cunning Rogue of the party, the preferred strategy is to take out an enemy before they even get a chance to hit back. Because of this, adding surprise to your game is a quick way to add an entire new layer to combat in your sessions.

Let’s take a closer look at the element of surprise in D&D 5e and how it works!

The party has tracked down the leader of the bandits that have been robbing merchants on their way to and from the city. The bandit caravan makes its way down the dirt road as the party waits behind the trees for their moment to strike. The Rogue pulls back his bow and prepares to take a shot.

At this point, the Dungeon Master has to determine if the party is successfully hiding from the bandits. If the party’s stealth check beats the bandits’ passive perceptions, the bandits will be considered surprised when combat starts.

A creature or player that is surprised cannot move or take actions in the first round of combat. For the ambushing party, it’s a free round!

After this first round of combat (the “surprise round”), combat proceeds back to the top of the initiative order. You can reference page 189 of the Players Handbook or check out this article on Combat in D&D 5e if you want to see more about that.

A Common Point of Confusion with Surprise in D&D 5e

So it all seems pretty clear so far, right? But let’s say that the attacker beat the target’s passive perception only to roll hideously low on their initiative.

Let’s return to our example of the party ambushing some troublesome bandits and their leader.

The Rogue in this example is an Assassin, which means that he gets some awesome bonuses from his class features when getting the drop on someone. The party knows this and was fully prepared for the Rogue to go first, but he’s on initiative count 6. Even though his target is unaware of the party, the Rogue has to just sit there… fuming.

If we use the rules as they are written, this creates a problem.

The Dungeon Master has determined surprise and initiatives were rolled before the Rogue released his arrow. Mechanically, the Bandit Leader that the Rogue is attempting to assassinate would go before the Rogue’s turn. As he continues riding forward, blissfully unaware of the party, his turns ends and he is no longer considered “surprised.”

Because of one poorly-timed low initiative roll, the Rogue is not able to do what he was explicitly trying to do. Sure, he can still get his sneak attack if he hits, but that’s little consolation. The entire reason that he chose the Assassin subclass is so that he could… well… assassinate enemies.

The Solution to this Problem

Remember: it’s about keeping the action moving. This is exactly the type of moment where the DM would need to handwave and make a judgement call.

In this kind of situation, the Dungeon Master could allow the Rogue to make a special surprise attack. This is a single attack that serves to kick combat off before initiatives are rolled and combat begins.

Ultimately, the Dungeon Master’s job is to adjudicate the situation and help the player achieve their goal in a way that makes sense.

Monsters Who Love To Surprise Adventurers

Just like players can ambush their enemies, enemies can also attempt to ambush the players’ characters. There is no shortage of enemies who favor using the element of surprise in D&D 5e.

Parties adventuring into the Underdark should particularly be mindful of creatures waiting to ambush them. Cloakers, Ropers, and Piercers are just a few examples of these types of predators who use their environment as cover before striking unsuspecting victims.

Oozes, such as a Gray Ooze or Black Pudding, may also surprise the party thanks to their amorphous ability to squeeze through even one-inch openings!

The Surprise mechanic is especially dangerous when used by more strategic enemies.

Hobgoblins are fierce tacticians who may choose to lay traps for careless adventurers. When the adventurers spring the traps, the Hobgoblins may use this as their opportunity to ambush the party.

Though we can’t forget the Kobolds when talking about clever tacticians. With complex tunnels littered with traps and plenty of passages to attack/run away from the party, Kobolds are quick to attempt to both surprise and outnumber the party. As it turns out, the Kobold version of “surprise party” is radically different than some might think.

Surprise in D&D 5e is one of those things that’s really fun to use against enemies but pretty wicked to be on the receiving end. So how do you stop stealthy enemies from getting the drop on you?

The Alert feat is the ultimate stealth counter. A character who takes this feat cannot be surprised as long as they are conscious. In other words: unless they’re asleep, they can’t be surprised.

But this solid feat doesn’t just stop there!

The character taking this feat also gets a +5 to their initiative rolls and hidden enemies also don’t get advantage on their attacks against the character.

If you expect to encounter lots of sneaky enemies (or just really like going early in the initiative order), the Alert feat is a must-have.

Characters who are more mechanically-inclined may dedicate some time to setting traps around the camp before a long rest. Characters with the Outlander background, for example, are likely to be very familiar with using traps. Rogues, Artificers, and Clerics of the Forge Domain may also have experience with building and setting traps.

Of course, it never hurts to have your trusty Wizard friend cast the Alarm spell. If anything crosses the threshold that the caster specifies, it can alert the party that someone (or something) is getting closer.

The surprise mechanic is something that is sure to delight your group’s more tactical/strategic players. There’s nothing quite like planning an ambush and watching the plan succeed!

Depending on the exact nature of the Surprise, the Dungeon Master will likely have to resolve the action in a way that is fair and makes sense without much help from the rulebook. Each situation is different and best resolved in the moment in a way that keeps the tension and action high.

But not every situation can be (or should be) conducive to ambushes. Surprise is a mechanic that really proves the “less is more” concept. It can make for incredibly tense moments when being used against the party and incredibly exciting moments when the party is using it.

But those moments have diminishing returns. If the party only ever faces enemies that they can sneak up on and ambush, it can start to get old fast as the party spends more time “planning” than “doing.”

Just like how Dungeon Masters may need to veer away from the rules as they are written from time to time, your group may use or develop your own house rules. It’s worth checking out these 10 Optional & Homebrew Rules to see which rules are perfect for your group! 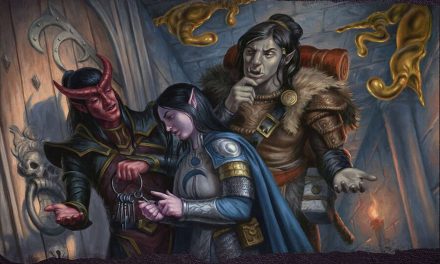 The 11 Traits of An Awesome D&D Player