As far as racial abilities in D&D go, one of the most interesting ones is the Elves’ Trance.

Because of this ability, Elves don’t need to sleep like other races do. Instead of sleeping, they go into a deep, meditative state while taking a long rest.

So, because elves do not sleep, it’s worth talking about this meditative state in more detail.

Today, we’re discussing the Elves’ trance, how it works, and what your Elf can do with all of their extra free time!

The Mechanics of the Elves’ Trance Ability

Elves have a complicated relationship with sleep. To understand Elves’ Trance ability, we have to look at two of their racial abilities: Fey Ancestry and Trance.

As described in the Player’s Handbook, Elves’ Fey Ancestry gives them advantage on saving throws against being charmed and they cannot be magically put to sleep.

While an Elf is in their Trance, they are in a semiconscious meditative state. They do this daily for 4 hours to gain adequate rest equivalent to other races’ 8 hours of sleep.

Does an Elf Finish Their Long Rest In 4 Hours?

There is a great deal of debate about whether or not the elf’s Trance allows them to receive the full benefit of a long rest in only 4 hours.

Even excluding the opinions of others, there have been numerous flip-flops on rulings for this questions. So much, in fact, that I largely say to leave it up to your Dungeon Master.

My personal ruling at my table on the matter is:

The elf meditates undisturbed for 4 hours. They must still spend the remaining 4 hours doing only light activity to receive the full benefit of a long rest.

I rule this way because there is a distinct difference between rest and sleep.

As great as it would be to instantly power off each night then power on and feel perfect, there’s no real rest taking place there.

Rest also includes things like reading, painting miniatures, or other such calm activities. This allows the elf to still get things done in camp. They can read books, do woodcarving, or whatever else would be reasonably considered to be relaxing activity.

In a typical situation where the party is rotating who keeps watch, an elf’s schedule might look like:

What Is the Elven Trance?

The Elves’ Trance is also known as Reverie.

In this Trance state, an elf gains rest similar to that of a human who is sleeping. However, rather than being unconscious, the elf stays aware of what is going on around them.

While meditating, the elf practices various mental exercises that rejuvenate and refresh their mind and body. These exercises are practiced over many years so that they become reflexive for the elf.

Elves must complete their 4 hour meditation undisturbed to gain its benefits. Just as waking a human from their sleep interrupts their ability to recover from a long day of adventuring, the same is true of elves in their nightly Trance.

Much like discussions involving what qualifies as a long rest for an elf, there is some disconnection on whether or not elves can willingly sleep.

D&D Rules Designer Jeremy Crawford said on Twitter in 2016 that an elf could try to sleep, but would then go into a trance.

However, I personally prefer the explanations detailed in the incredible Mordenkainen’s Tome of Foes book.

This book mentions that elves can sleep and dream just like humans do, but almost all of them avoid doing so. This is primarily due to the uncontrollable nature of dreams.

Using this explanation, I would imagine that it would take something serious to spur an elf to sleep instead of enter a Trance. Things like a terrible illness or suffering severe wounds might make sleeping a more enticing options than attempting to meditate in such a condition.

Branching off of the last point, elves are capable of dreaming.

Typically, elves meditate on memories tied to their primal soul and their lives in both the present and past.

Dreams are tricky things, however. This is particularly true for those so closely tied to the Fey!

By their very nature, dreams are products and reflections of the subconscious. As any given elf has lived numerous lives, these dreams begin to raise questions that other races may not have to face.

Which life is responsible for the thoughts that led to a particular dream? Why would those thoughts manifest?

Elves who experience dreams will very often visit a priest, particularly one of Sehanine Moonbow, the Elven goddess associated with dreams, death, and transcendence. These priests are familiar with dreams and will, themselves, often sleep to receive signs from Sehanine Moonbow. In their capacity, they work to help their brethren understand and interpret their own dreams.

The Elves’ Trance ability adds a fantastic thematic element to playing an Elf in D&D.

Additionally, it gives some extra roleplaying opportunity while the party has made camp for the night. What does your elf spend their extra time doing? Perhaps they get some extra time with party members to learn more about them and further evolve the characters’ stories!

Do you incorporate this ability into your game’s roleplaying?

Tell me how in the comments! 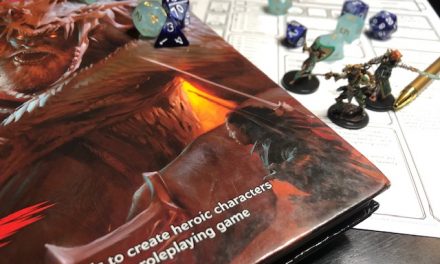 How to Make Your First D&D Character: A Step-by-Step Guide How Does Inspiration Work in D&D 5e | A Guide