The Stone Giant in D&D 5e: The Reclusive Artists Amongst the giants in D&D 5e, it can be easy to overlook the Stone Giant.

To be honest, though, they’re perfectly happy with that!

These reclusive beings live quietly in sprawling underground caverns where they are free to pursue their art.

Today we are taking a closer look at the towering and talented Stone Giants in D&D 5e!

Stone giants stand at an average height of 18 feet tall.

Their skin is commonly the same gray color of granite and they have noticeably gaunt and lean features. This grants them extra advantages when avoiding others as Stone Giants are exceptionally good at blending in with rocky terrain.

Stone giants’ faces usually have a stern appearance. Their deep, black eyes and stoic demeanor seem to work to conceal their thoughts and emotions.

As a reclusive society, this serves them well!

In fact, Stone Giant society holds artists in very high regard. Naturally, stone carving is their craft of choice. The greatest artists in a tribe of Stone Giants commonly become leaders, shamans and prophets. This largely stems from the belief that the god of the Stone Giants, Skoraeus Stonebones, works through the hands of such talented craftspeople.

Stone Giants’ affinity for working with stone and their unrelenting attention to detail combine to create works that even the most talented of dwarves can’t help but stand in awe of. Massive cathedrals are built into the giants’ cavernous lairs complete with ornate pillars and buttresses.

One is not simply hurling or catching a large rock. On the contrary, they are showcasing a perfect balance of strength, poise, and form.

In events that cause these peaceful recluses to go to war against enemies or invaders, rock throwers are sure to be found on the giants’ front lines. Raining boulders upon their enemies and deftly catching artillery from catapults and other siege weapons, they are a force to be reckoned with!

Stone Giants who don’t possess the skill and grace of the rest of the society serve as hunters and guardsmen for the tribe. In this role outside of the caves, these giants ward off trespassers by throwing volleys of large rocks.

These caves are expertly carved with intricate murals and painted.

The deepest and most quiet chambers of these cavern networks are used as cathedrals for Skoraeus Stonebones. While Stone Giants’ craftsmanship is genuinely impressive, the absolute greatest works are found in these cathedrals.

To Stone Giants, the world beyond their caves is a type of Dream World where nothing is truly real.

They view their actions in this Dream World as having no real consequence and nothing to be fully trusted as real. Promises and agreements mean nothing in the Dream World, so they are rarely made and virtually never kept.

While typically peaceful, even slaying those who wander too close to a Stone Giant is an action with no real consequence. After all, it’s just a dream!

This gives Stone Giants a bad reputation. As few have survived their encounters with the guardians outside of the caves, even less have met a true example of Stone Giant civilization.

As pacifists, Stone Giants are very reluctant to initiate a combat, but they can end one quickly if they feel threatened!

Stone Giants favor attacking from long range by hurling large rocks at trespassers. They aren’t likely to move in closer to their targets and may not even be attempting to kill whoever they are throwing the rocks at. After all, they would largely prefer to deter trouble.

Unlike other giants, Stone Giants’ rock attack has the extra feature of knocking their target prone on a hit. Because ranged attacks against prone enemies are at disadvantage, it’s safe to assume that a Stone Giant considers such an enemy as having gotten the message to get out. If the target gets back up and continues pushing forward, the Stone Giant may remind them.

If Stone Giants don’t have the benefit of range, they will use their natural camouflage to blend in with the stone around them. They’re content to let the wanderers pass by unless they seem intent on entering the cave.

If the visitors seem to mean harm, the Stone Giants attack from their hiding places using clubs and stones to smash them to bits.

Stone Giants are an incredibly interesting addition to any story.

Depending on where and how they are encountered, they could be terrifying enemies or spectacular allies.

Personally, I like how they put an interesting spin on the “reclusive artist” trope. I could certainly see an encounter with peaceful Stone Giants being memorable! 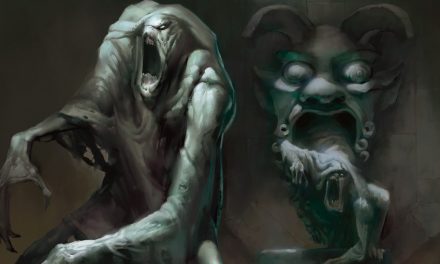 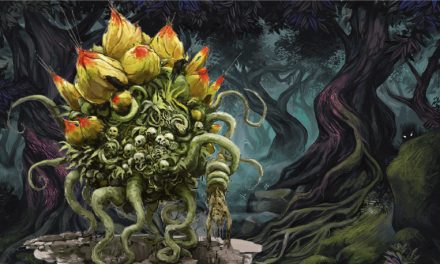 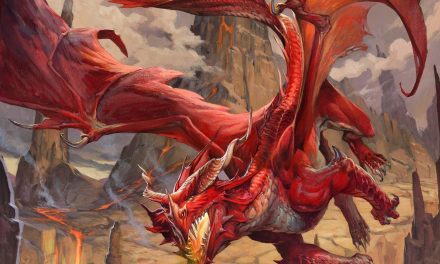