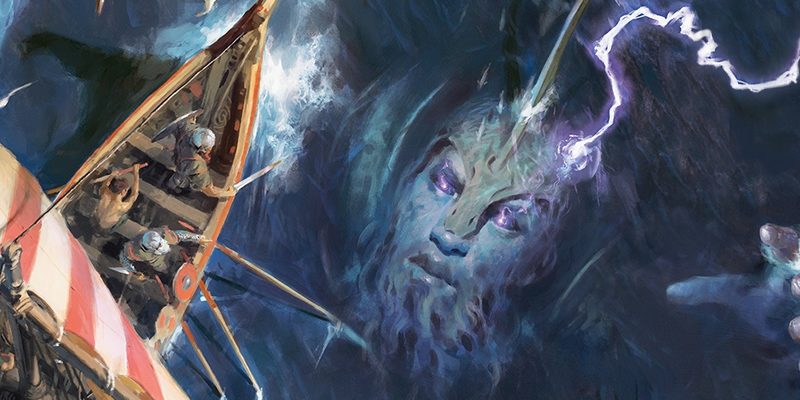 A small area of the character sheet that often leads to a large amount of confusion is Passive Perception.

As a player, your DM might ask for your Passive Perception score from time to time. But what does it mean?

This article will help you understand Passive Perception as it relates to both players and DMs. We’ll cover what it is, how it’s calculated, and answer the most frequently asked questions about this mechanic.

That said, let’s dive right into this explanation of passive perception in D&D 5e!

What is Passive Perception?

You know how sometimes you might just naturally see something that others miss until they look closer? Congratulations on having a high passive perception score!

Characters with a high passive perception score have a knack for being more observant. They’re more likely to notice signs of an ambush, spot a specific person in a crowded place, and are harder to surprise.

What is Passive Perception Used for in D&D 5e?

Passive perception has two uses in D&D 5e that depend on if you’re looking from a DM or Player standpoint.

First and foremost, from the DM’s perspective, it speeds up the game.

Passive perception isn’t something that you roll for. Because it’s based on your Wisdom score and proficiency, it just is what it is.

While rolling dice is part of the fun of playing D&D, players want to know that there’s an actual reason for rolling those dice. Pointless rolls are… well… pointless…

For tasks (like Perception) that are common and may not always yield a noteworthy result (like spotting something/someone of interest or laying out an adventure hook), having this be a passive ability helps speed things along.

Speaking as someone who is painfully unobservant in real life, I’m so appreciative of my more observant friends. Whether they’re preventing you from stepping in mud or pointing out a goblin ambush in the game, it’s always handy to have observant people on your side!

The formula for determining a character’s passive perception ability is actually very straightforward. Just be mindful of whether or not the character is proficient in the Wisdom (Perception) skill!

If the character does have proficiency in the Perception skill:

If the character doesn’t have proficiency in the Wisdom (Perception) skill, it would instead be:

Passive Perception as a DM

As a Dungeon Master, the use of passive perception falls entirely to your discretion.

Some DMs pretty actively keep track of things that the party members are passively noticing. Others might entirely disregard it in favor of exclusively using rolled perception checks.

As I already mentioned, this can be very handy for repetitive tasks. If the party walks into a crowded bazaar, the DM can set the scene and describe the hustle and bustle of the various vendors and shoppers in the area.

Related: The 6 Best Books That Every Dungeon Master NEEDS To Read

A few specific sights would reasonably stand out to everyone, but I would personally give a little extra information to the party members with a higher passive perception score. They might notice a shop selling something particularly intriguing that the others didn’t or continuously catch quick glimpses of some person intently watching them before disappearing back into the crowd.

The Passive Perception mechanic allows the DM to secretly determine results. If you’re calling for a perception check, your players will all interpret that to mean that there is something there and will likely not rest until they find it. Resolving this in secret allows for some greater drama and interaction.

Some Examples of Using Passive Perception

For example, the party might have been warned to mind their belongings in the bazaar district of the city. Pickpockets have become a major problem lately and the city guard hasn’t been able to crack down on them.

Having a pickpocket roll for Stealth and Sleight of Hand against their target’s passive perception could make for an interesting encounter. If the pickpocket succeeds, the party will be (justifiably) upset and attempt to recover whatever was stolen. If the thief fails, it could create an interesting roleplaying encounter.

Running ambush encounters works in a similar way. The enemies seeking to ambush the party are specifically trying to get the element of surprise.

The party is probably not marching in a perfect defensive phalanx as they trek through the jungle. If you call for perception checks and everyone rolls low, it’s reasonable to expect a certain level of meta-gaming as the characters start to take more defensive positions “just because.”

Keep in mind that there is a difference between passively and actively perceiving things.

With passive perception, these are things that you just simply notice. When you are actively attempting to perceive things (i.e. rolling a perception check), you’re doing so with clear and focused intent.

Now, this is exactly where most of the debates about this mechanic often ignite. Ultimately, just remember Rule 0 of D&D which is that what the DM says goes.

I see Crawford’s logic, but ultimately I run it differently in my own games.

How I Run It

Personally, I use characters’ passive perception scores primarily for determining ambushes or laying out plot hooks and points of interest. Normally, these are smaller details that incline towards larger conclusions.

I might call attention to some physical trait of someone that the party is talking to that reveals something about them. This little detail that others wouldn’t notice can add to their part of the story.

Something simple like “you notice dark rings under the shopkeepers’ eyes” might better explain that the shopkeeper isn’t a disagreeable person, they’re just very tired and the Rogue’s haggling is especially grating on them today.

It’s a detail that rewards the observant player and adds to the roleplaying situation. Do they keep pressing for a deal or do they decide to revisit once the shopkeeper has had a good night’s rest?

If the party learns that the enemy base has placed landmine traps surrounding the keep, they’re going to be very cautious as they approach it. There’s a fun tension there as the party tries to avoid stepping on a mine (causing huge damage and alerting the enemies) while also moving quickly where the guard towers can’t spot them.

If a character with a high passive perception could just immediately spot every single one of the mines, it completely takes away that tension.

I would have players roll perception to spot signs of the landmines as they try to carefully move towards the keep. If a character had taken the Observant feat to increase their passive perception, I’d give them a bonus.

As a DM, you want to create tense situations with trials for the party to overcome. That’s the fun. A character that is supremely observant with no risk of failure would take away from that ability.

It gets kind of crazy, right?

Hopefully, I’ve been able to clear up most of your confusion so far!

Just in case you still have questions, I figured I’d answer some of the most common ones I’ve seen.

If you’re still confused, let me know in the comments! I’m always happy to help (and someone else probably has the same question as you!)

Is proficiency added to passive perception?

Yes. In fact, this is the easiest way to increase your passive perception score.

A Rogue might take Expertise in perception to double their proficiency bonus which would then help their passive perception.

Can you roll below your passive perception score?

Rolling lower than your passive perception does not mean that you suddenly are less observant than usual. This particular enemy might just be extra stealthy or the clue to the puzzle might just be obscured enough that you’d need to actively look for it.

Similarly, you might find yourself in an environment so radically different from what you’re used to that your passive perception doesn’t apply as easily. If you’re a newcomer to the Feywild, for example, you’ll want to be actively looking all around you.

How do advantage and disadvantage work with passive perception?

If the character would have advantage, add 5 to their passive perception score.

If they would have disadvantage, subtract 5.

A human navigating a dark tunnel will still have a hard time seeing in dim light no matter how observant they are. If passive perception is otherwise enough, they could make their way forward but with a -5 to their passive perception.

If a character is wearing special goggles that reveal traps, they could get a +5 bonus to their passive perception. This helps them notice the covered spike pit some pesky kobolds set up in their cave.

Generally speaking, I’d say yes. There’s rarely a downside to being someone who has a knack for noticing things.

That said, it largely depends on how your DM runs passive perception. If they prefer not to use it or only use it sporadically, you’ll want to know that before you take feats like Observant.

Is passive perception an optional rule?

The section of the PHB that mentioned passive checks strongly implies that these are more like optional guidelines than rules.

It’s entirely up to the DM how and when passive perception is used in your game. You can always talk with them if you would like to use more of it in your game.

What is the best way to get a higher passive perception?

The three most common ways to increase your passive perception score are:

Is passive perception always on?

If you are conscious and aware of your surroundings, you have passive perception. Being knocked out, asleep, or stuffed in a soundproof box would naturally impede your perceptive abilities.

As I mentioned, this might not apply in all situations and is ultimately up to the DM how big of a role your passive perception plays at any given moment.

According to page 175 of the Player’s Handbook, “a passive check is a special kind of ability check that doesn’t involve any die rolls.”

Something that would affect an ability check like Perception would also affect Passive Perception. It’s especially important to know this in situations that would give advantage or disadvantage.

That pretty well rounds out what there is to say about Passive Perception in D&D 5e.

Hopefully, I’ve been able to clear up any confusion that you might be having with this mechanic. If you still have questions, hit me up in the comments and I’ll be happy to help you out!

In the meantime, don’t forget to sign up for my newsletter so you can stay up to date on all the latest news, tips, and guides here at Tabletop Joab!

Want something funny to read? Check out what happened when I had an AI make a D&D character!

You can also click here to check out my review of one of my favorite D&D accessories for in-person games! 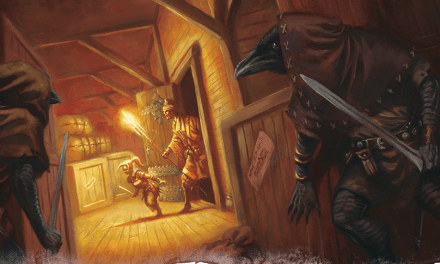 Feats in D&D 5e: The Complete Guide (With Recommendations!)